Playlist from the Pages of Revolution by Jennifer Donnelly 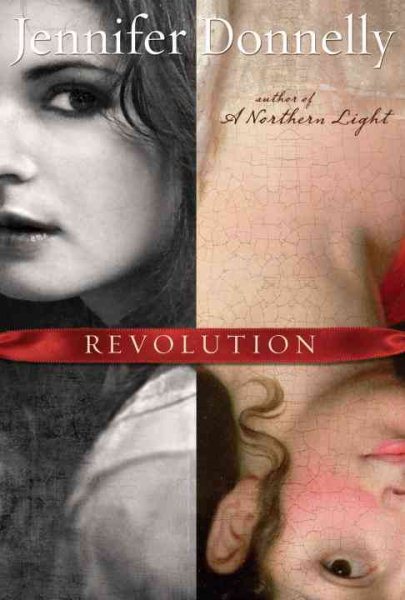 In my first playlist, from the pages of Ship Breaker by Paolo Bacigalupi, I was faced with the task of imagining music that may match the characters and tone of the story, because music didn’t play much of a part in the dystopian world inhabited by Nailer and his crew. In this next playlist, the music is such an important component, transcending time and culture, that it is practically its own character. Revolution by Jennifer Donnelly is a YALSA Best Fiction for Young Adults Top 10 pick for 2011. Jennifer Donnelly’s awesome website has a complete list of music from Revolution– check out this post –and many of the songs I’ve listed below are mentioned in the book. A few I added because I felt like they related to characters and important themes or had some historic relevance. Without further ado, I give you a playlist from the pages of Revolution by Jennifer Donnelly:

â€œI Wanna Be Sedatedâ€â€”The Ramones. One of the first songs with lyrics included in the text, it jumped out at me as one of the best clues to who Andi is as a character: wishing to be numb but still moved by music.  Punk, and self-aware.

â€œNorwegian Woodâ€â€”the Beatles. The first song Andi is paid for when she is playing by the river in Paris. She calls it â€œâ€¦a beautiful, bitter tuneâ€ and it helps to pull her out of a dark moment. I can also hear it in my head as Andi likely sounded playing it, just one guitar alone, because a friend of mine used to sing this song on the street, too. It’s perfect that way.

â€œAll Apologiesâ€â€”Nirvana. Could it be any more perfect that this is the song Andi is playing when she meets Jules? It starts off with so much self-loathing â€œWhat else should I be? All apologiesâ€ and carries the burden of Andi’s guilt, sorrow, and worthless feelings. But it ends with â€œAll in all is all we areâ€ –just as she starts to find a community and sense of redemption through Jules, Virgil, and fellow musicians.

â€œParis is Burningâ€ by St. Vincent. Virgil is listening to the St. Vincent album Marry Me on Andi’s iPod when he picks her up for their sunrise adventure. Andi’s narration comments â€œI love that CDâ€ and in reading this, I was struck because it is one of the few times that she admits to feeling love. So many of the feelings she deals with are negative, it made me think that this CD must be pretty special. It is, and it’s the perfect soundtrack for the rest of the adventure to come. As she remarks â€œI feel something sitting here. In the darkness. With Virgil. It takes me a little time to recognize the feeling because it’s been so long. But then I do. It’s happinessâ€.

â€œWise Upâ€ â€“Aimee Mann. This song isn’t featured in the book, but I’m sure Andi would know it. It’s my favorite sad song, and I think what makes it so sad and so great is that it’s all about how things are bad and they aren’t going to get better until you do something about  itâ€”wise up. The idea that we have to live with our own decisions, good and bad, and learn to make better ones is quite terrifying.  This song says that no one is going to save you but yourself . Andi finds strength and wisdom as her story unfolds, I think she would like this song. â€œIt’s not/ What you thought/ When you first began it/ You got/ What you want/ Now you can hardly stand it though,/ By now you know/ It’s not going to stopâ€¦til you wise upâ€

Finally, it seems like a good idea to include Le Marseillaise, the national anthem of France. It’s stirring lyrics and grand musical theme have been used as a revolutionary anthem in many instances, and would have been equally familiar to Alex in her time, and to Andi as a student of music history.

Which leads me to Amade Mahlerbeau. I was so sad to discover that the composer Andi was researching, Amade Mahlerbeau, was fictional! I wanted to hear his â€œConcerto in A Minor, the Fireworks Concertoâ€ and was gutted that it didn’t exist. This is true testimony to Jennifer Donnelly’s writing and how real the characters she has created feel.  But the spark of intrigue about Mahlerbeau the fictional composer led me to find some examples of 19th Century Guitar music, and to research the Tristan chord that was the cornerstone of Andi’s senior project. You can hear examples of those online, at least!

And for an interview with Jennifer Donnelly about the importance of music in Revolution check out this awesome blog, Booktunes.

If you enjoyed Revolution and are looking for other high quality fiction, look no further than YALSA’s own Best Fiction of Young Adults list.

And if you can think of other songs that remind you of Andi, Alexandrine, or the French Revolution, feel free to share them here in the comments section!