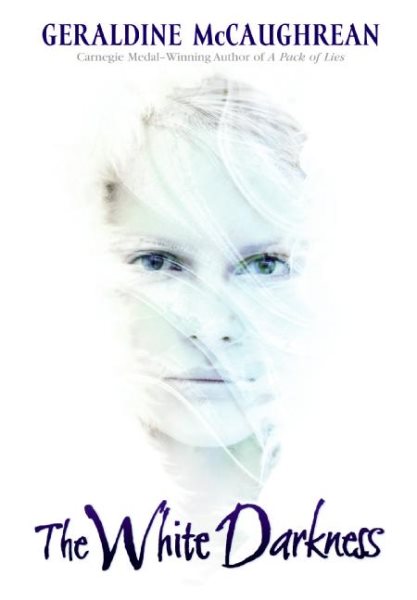 One summer when I was a teen I had to read a selection of short stories as assigned summer reading. One story was by Jack London. It was the one I put off the longest, because my teen brain associated Jack London with the wilderness, dogs, and Men Who Explore Things And It Does Not End Well, and my teen brain was way more into reading other types of fiction based more on romance, glamorous cities, and Women Who Win Over Quaint Towns With Their Spunk and Charm. However, I found a reason to love Jack London that summer. Bored and slumped in my basement, the coolest room in the house, I finally picked up the story â€œTo Build A Fireâ€ and was transported to a freezing cold environment where the hero’s ability to create a fire for warmth meant the difference between survival and death, quite the opposite from the muggy sweltering summer I was trying to escape in my basement.  From then on, I realized that sometimes the perfect summer book isn’t set on a tropical island or pirate ship, it’s a story set in a freezing climate! Reading â€œTo Build A Fireâ€ in my basement, for a precious few moments I actually got chills from the cold I was imagining. Better for the environment than cranking an air conditioner and less sticky than a popsicle, my infatuation with frozen books and the cooling power of imagination had begun.

The White Darkness, the 2008 Michael Printz Award Winner by Geraldine McCaughrean,  can induce chills in readers for all kinds of reasons. To say that the main character, Symone, is fascinated by Antarctica is an understatement. She is obsessed with the Antarctic, and with the brave explorer Captain Oates, who died on an ill-fated expedition to first reach the South Pole in 1911. In fact, the opening lines of the book read:

â€œI have been in love with Titus Oates for quite a while nowâ€”which is ridiculous, since he’s been dead for ninety years. But look at it this way. In ninety years I’ll be dead, too, and then the age difference won’t matter. Besides, he isn’t dead inside my head. We talk about all kinds of things.â€

Hmm, 14-year-old girl in love with a dead explorer she talks to in her headâ€¦ kind of creepy, right?  But when you catch on to what is happening in the present, you start to wonder if the living people are even creepier.

Like Symone’s uncle Victor, who is even more obsessed with the Antarctic than she is, and whisks her away on a dream trip to experience it for herself. But is this trip a dream, or a nightmare? At first it seems like Uncle Victor is offering Sym the chance of a lifetime. Is this dream worth being alone at the bottom of the world with a potentially mad man? As events spiral out of control, knowing who to trust and trying to survive in a world of the most extreme cold imaginable turns this story into a thriller set in a world so icy white, it is blinding.

The White Darkness is my favorite frigid summer read, guaranteed to give you goosebumps. A few others on my list are The Golden Compass by Phillip Pullman  (the Frozen North! More creepy adults!), and The Slippery Slope from Lemony Snicket’s Series of Unfortunate Events.  What cold books cool you down on these hot summer dog days?

Mia Cabana, currently reading Beauty Queens by Libba Bray (pretty much the opposite of The White Darkness)