Recognizing Your Place Through Graphic Novels

I recently moved to Brooklyn from Massachusetts, which came with all of the usual settling in and feeling unsettled that accompanies trading in a space you know really well for one that is less familiar. However, one of the really lucky things about my new neighborhood is that there is a branch of the Brooklyn Public Library right on my block, and as the old saying goes, “Nothing makes you feel at home like a library card!” (Maybe no one says this but me.) So I took myself to the library, and as predicted, life started to feel a little more homey. Not just because libraries have a certain universal wonderful welcomingness about them, as if to say “You belong here as much as anyone else,” but because after just a quick glance at the shelves, I had an armload of books that I’d been meaning to read. 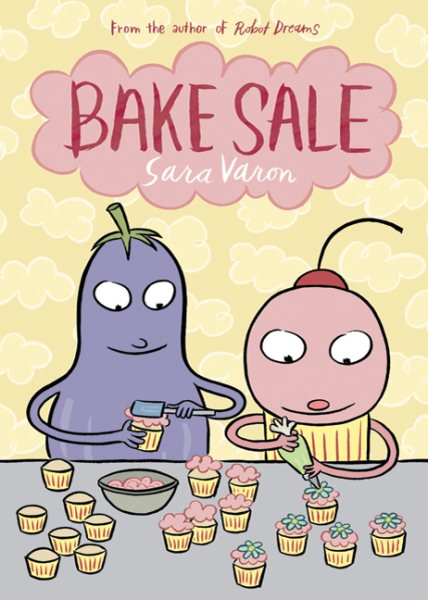 One of these titles was Bake Sale by Sara Varon. The story is of a cupcake who wants to see the world, and finances his ambitions with some savvy entrepreneurship (never mind the slight cannibalistic weirdness of a cupcake making cupcakes for other cupcake creatures to eat–it’s charming). The message of wanting to see the world and figuring out a creative way to get the things you want were certainly inspirational to someone who had just moved to a new city for those very reasons, but what really made me sit up and cheer was the artwork. It was quirky and clever, and best of all it depicted places that were very clearly recognizable to me as New York City. Cupcake was taking the same subway I take! Cupcake was visiting places I visit around the city! And the thrill of this recognition made me feel like much more of a native New Yorker than I actually am.

That got me thinking about how empowering it is to recognize a real-life place in an illustration. Somehow it feels like even more of a connection than seeing a photograph of a place you know, because an illustrator has the creative license to include the little details of a place that make it unique and special, and in this way a creative interpretation of a place can feel even more dear and familiar than a more realistic representation of it. This made me wonder about other graphic novels that might include pictures of real life places. Would people recognize images of Southern America in Johnny Cash: I See a Darkness by Reinhard Kleist? How about San Francisco’s famous City Lights book store in The Beats: A Graphic History by Harvey Pekar?

I came to the conclusion that one of the great things about illustrations in graphic novels is that they inspire us to go see those places we’ve maybe only dreamed about. Even better, though, is when they connect you to the place that you call home. What other graphic novels can you think of that show off familiar places? Check out YALSA’s Great Graphic Novels list for more recommendations that feature places both familiar and fantastic.