It’s the beginning of the end, folks–for the Twilight series that is. As any Twi-fan knows, Breaking Dawn, Part 1 premiered last weekend, and it’s only a matter of time until “Part 2” wraps up the series in a happy little bow. Whether they like the Twilight saga or not, astute commentators must agree that those books changed the shape of teen literature, propelling paranormal romance, and vampires, to the top of the charts.

But have the blood-drinking sophisticates started to overstay their welcome? November 14th’s Hub poll determined that of all the trends in teen literature, “Vampires” was the one most Hub readers wanted to see go. So The Hub is here to ask the question “What next?” Towards which creature should we direct our adulation–or mockery? Who will put the stake in the vampire trend? Let’s examine the options. 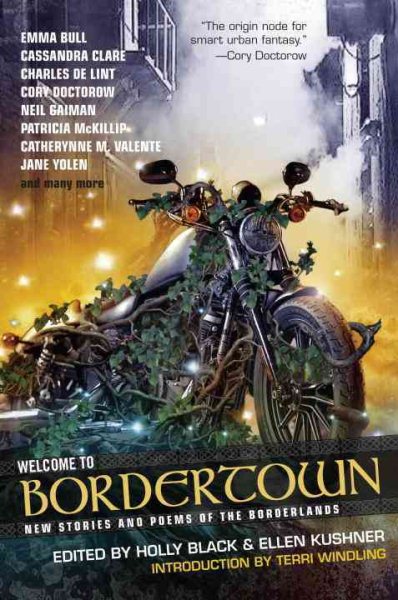 Welcome to Bordertown: New Stories and Poems of the Borderlands edited by Holly Black and Ellen Kushner

On the border between our world and the realm of Faerie is a city where magic and technology collide.  A gritty urban landscape full of runaways from the world and the realm seeking freedom, magic and mystery, making music, love and war.  The Borderland series of shared-world stories was created for teen readers by Terri Windling in the mid-80s.  Emma Bull, Charles de Lint, Ellen Kushner, Will Shetterly, and Midori Snyder authored some of the early Borderland stories.

Four anthologies of short stories were published:  Borderland and Bordertown in 1986, Life on the Border in 1991, and The Essential Bordertown in 1996.  Three novels were set in Bordertown as well: Elsewhere (1991) and Never Never (1993) both by Will Shetterly and Finder by Emma Bull (1994).

After that, Bordertown disappeared.

Welcome to Bordertown is a return to the shared-world series with stories by some of the original Bordertown writers, and some new authors who grew up reading about Bordertown.  The lapse in time is cleverly accounted for with the conceit that the Way to Bordrtown closed for 13 years in our world and 13 days in Bordertown itself.  Now a new generation of teen wanderers, full of Internet savvy and all new cultural references, are finding their way to Bordertown.