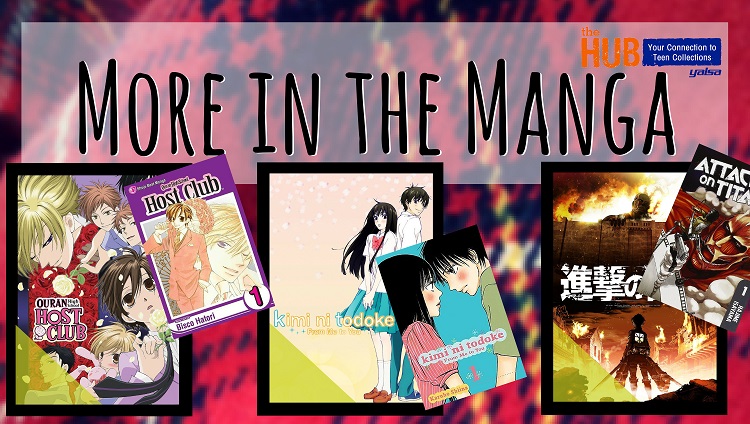 Attack on Titan – Shingeki no Kyojin

For the last hundred years humanity has shut themselves up inside a series of walls as protection from being devoured by the monstrous Titans. In what seems like a coordinated attack, a Colossal Titan breaks through the outer wall, and the monsters swarm through the city, massacring the population. Eren Jaeger, Mikasa Ackerman, and Armin Arlert, along with other survivors of the fall of Wall Maria join up with the military. These troops are humanity’s only hope of survival.

The show is rated TV-MA, and the manga contains the same level of violence. Both are beautiful and bleak with fast paced action sequences. The battles, intense character driven drama, and the high stakes of the setting combine to make a compulsively watchable series.  There is a ton of extra information in the manga (including the identities of the Colossal and Armored Titans), so even though the end of the first season picks up at volume 8 in the manga, I would suggest starting with volume 1 of the original series.

As if that wasn’t enough, here are is a partial list of the other manga/anime titles that expand the Titan universe: Before the Fall  is a prequel series

No Regrets explores the origin story of Levi and Erwin

Attack on Titan: Junior High is a light comedy set in an alternate universe

The Harsh Mistress of the City is set after the fall of wall Maria, and focuses on Rita, a young field commander.