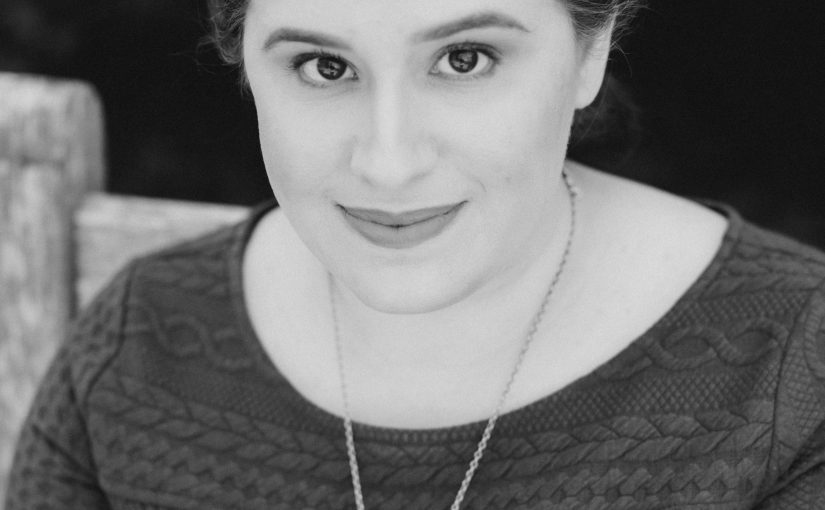 Awarded the 2021 Morris Award, Kyrie McCauley’s If These Wings Could Fly takes an honest and unflinching look at domestic violence and the trauma imposed upon children in those situations. Both the book and our interview below address the issue, which we acknowledge may be difficult for some readers. If you, or someone you know, is in need of support or more information related to family violence, please visit McCauley’s website, where she has thoughtfully gathered resources on the subject. Thank you to Kyrie for this beautiful book and for her time in responding to our questions.

THE HUB: You’ve worn a lot of hats in your life, including interning with the ACLU and singing in a band. Your path to publication took you through Pitch Wars. How was that experience for you?

MCCAULEY: Pitch Wars was wonderful! And really hard! I was a mentee in 2017, and my mentors Kate Karyus Quinn and Mindy McGinnis were amazing and so generous with their time—not just with my manuscript, but with navigating publishing overall. But because of the time frames, we had some really quick turnarounds on edits, and I had a 5-year-old and a 1-year-old, so I remember getting that first edit letter and sort of feeling like I had failed before I even started. It can be daunting to really dig in and learn how to revise your work. I’m so glad I kept going, though! My book was much stronger for it, and I gained a whole writing community in my Pitch Wars mentee group, which I still lean on for guidance and friendship.

THE HUB: Violence is never an easy topic to broach, perhaps most especially domestic violence from a parent. How did you balance the need for realistic depictions with the understanding of how triggering such depictions could be?

MCCAULEY: I thought it was important to be as accurate as I could about the cycle of violence. Often with domestic violence, it doesn’t feel like a constant threat. It goes through this pattern, with violent outbursts, yes, but also moments of calm in between. That can make it really hard to understand, whether you are living through it or looking in from the outside. While writing Wings, I wanted to capture that cycle. First, to honestly portray domestic violence, and second, so that there were moments building to the next incident, cues that a reader could use to know when to take a break or step away from the story if they needed to, especially if they are sensitive to depictions of violence or perhaps even survivors themselves.

THE HUB: You write of how complicated it feels to be a child who lives in near-constant fear of their parent but who hasn’t been physically harmed. The question of how to report something like that or whether it would be received as credible is a recurring concern of Leighton’s. Why do you think our society struggles to respond to abusers who haven’t yet inflicted physical harm?

MCCAULEY: I think it is mostly a lack of understanding about the dynamics of domestic violence itself. There is this tool used by domestic violence advocates and first responders called a Lethality Assessment. It is a series of questions you can ask someone, and their answers can indicate the likelihood of their situation escalating to a fatal incident. What’s interesting is that only a few of these questions have anything to do with prior acts of violence. They ask about access to a weapon, whether an abuser has verbally threatened to kill the victim or themselves, whether the victim has tried to leave the abuser before. So even acts of violence aren’t necessarily the best indicator that a situation could turn fatal. This is why it is so vital to believe survivors at their word, especially if they indicate a fear for their life.

THE HUB: Why does Leighton have such trouble letting herself trust Liam?

MCCAULEY: I think it takes Leighton a while to decide to even spend time with Liam, out of her home, away from her family. She really feels the weight of that fear, that question, what if something happens because I’m not there to stop it. That’s a lot for any kid to bear, so I wanted to show Leighton carrying it, and also her setting it down sometimes. Letting herself be young, fall in love, feel that lightness. Once she’s able to do that, even if it is just a little at a time, she gets to see Liam for who he is, someone she can confide in, but she also gets to see herself in those moments, too. Or who she would be, without all of that worry all the time.

THE HUB: The image of the house healing itself is so unique and one of several powerful metaphors throughout. What made the house so central to your storytelling process?

MCCAULEY: I knew I didn’t want Wings to be strictly realistic—I wanted it to have these surrealist and fabulist elements from the start. It’s such a hard topic to write and read about, and I hoped the little bits of magic could create some space for readers to walk around the issue of domestic violence and see it in a new way. It also mirrors domestic violence itself, which feels kind of set apart because it happens in the home, at the heart of our private lives.

The house being this central to the story was actually because of a sociology paper I wrote in college about how important the home was in cases of family violence. There are these huge barriers in place to leave your home when it’s unsafe, questions of where to go, how to get kids to school, where you can safely take your pets. Abusers may use parts of the home (breaking things or threatening to) to invoke fear. They might also prevent a victim from leaving, essentially keeping them captive. So the home itself is a player in domestic violence, like a character, something tangible and really vital to these questions of safety, and I wanted the story to convey some of that.

THE HUB: Similarly, the crows (my favorite bird!) occupy an important and complicated space in both the narrative and in the town itself. How did you land upon this unique idea?

MCCAULEY: Oh yay, they are my favorite bird, too! They always get such a bad reputation, but they are brilliant. I landed on this idea because they really do invade towns like this sometimes—with numbers in the tens or even hundreds of thousands. I always liked the idea of writing some kind of guardian in place for the girls, and I loved this phenomenon of crows migrating in such large forces like that, how it could transform a place into something out of a fairytale—or horror novel?—almost overnight. When I realized those could be the same thing, the rest of the book started to fall into place.

We actually moved while I was writing this book, and in our new town, we get a small murder of crows every autumn. They hang out behind my house and I get to feed them as a thank you for their inspiration. My children are convinced I’ve somehow summoned them here.

THE HUB: There were several novels (YA and MG) published in 2020 that address family abuse. Why do you think this theme has surfaced so strongly?

MCCAULEY: I’m not sure why this theme has surfaced strongly now, but I am so grateful it has, especially in the midst of pandemic lockdowns and the potential for even more violence occurring at home. As much progress as we’ve made, there is still a lot of misunderstanding about domestic violence. I think in part because we see home as such a private place that it’s hard to step into that space, even to help someone, because it feels like an intrusion. And there’s a lot we don’t ever see because it happens behind a closed door. But books can go anywhere. They can be passed between friends at lunch, or checked out discretely from the library. They can be a lifeline. And I hope these books are a starting place for more conversations about it.

THE HUB: The relationship between Leighton and her sisters is tender and fierce and so very important to the book. This kind of sibling relationship can often be overlooked, so I was thrilled to see those sisters love each other so well. Imagining their story forward several years, where do you hope the girls end up?

MCCAULEY: My own siblings are my best friends, and I loved writing the girls’ scenes together. Looking forward for them, I’m simply imagining them happy and secure. They’ll make a home wherever they are safe and together. I think there is a lot you carry after dealing with the kind of fear and instability they faced, but I’m sure they’ll lean on each other as they grow up and learn to navigate better times together. I imagine Campbell visiting Leighton at college, not having to worry about being away for a night or two. Those little things, those moments of peace, will matter all the more to them.

THE HUB: If you’re willing, would you tell us about any current or forthcoming projects you’ve got going?

MCCAULEY: Sure! My second book is coming out later this year, also from Katherine Tegen Books. It’s called We Can Be Heroes, and it’s about three girls completing a vengeance plan to hold certain people in their hometown accountable for a local tragedy. It talks about grief, but it’s really about friendship, and features a lot of Greek mythology, a podcast, and a restored VW Bus named Betty.

The 2021 William C. Morris Award Celebration will be held virtually on February 25. Click here to register.